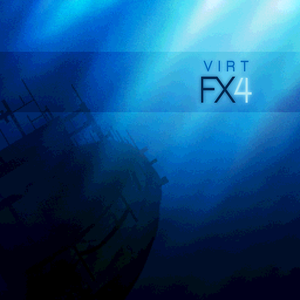 Bandcamp (name your price)
NSF files
If you don't have NES transfer hardware, the NSFs can be played using VirtuaNSF (scroll to the bottom), or dozens of other players for PC, OS X, iPhone, Android, etc.

FX4 is a concept album set in the oceans and skies. Its story immediately precedes that of FX3. Unlike the previous albums, which were written as "soundalikes" using sampled chip sounds, FX4 consists of machine code that can run on a real NES system. It was written in Famitracker, available for free at famitracker.com.

The album is free, and I am not expecting or asking for payment, although I appreciate donations — the proceeds will go toward software I need for my one-man indie game project.