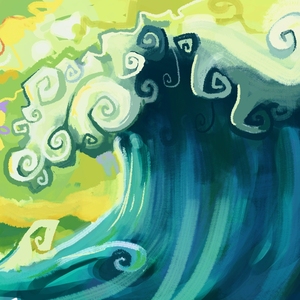 "This album was recorded in honor of my uncle, David Calhoun, who passed in 2010. It is somewhat of a double EP. A six song suite presented in two versions, one recorded with live instrumentation and one arranged in VRC6 format for the Nintendo Entertainment System / Famicom.

Both sides of this album can be played simultaneously in sync. Very soon I will be releasing an iOS app giving the user the ability to mix each song - channel by channel and on the fly - creating an interactive experience. Imagine turning a dial to transform a live guitar solo into an 8-bit shred-fest, just like on your old NES"