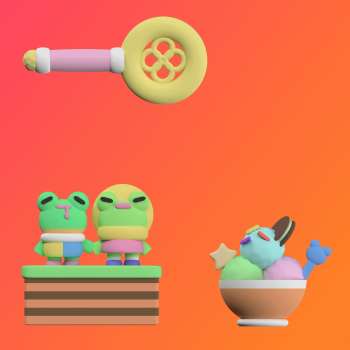 STAFFcirc was a 19th-century new spiritual movement founded by XXXXX XXXXXXX for various occult and shamanic rituals. One of the many mystic voyages undertaken by the group, “musics composition” is a small aspect along with the creation of visual sculptures both real and “net”, in the shape of its mysterious frog-oid sigil.

There have been many heads during its 116-year period, with widely differing stances on moral, theological and political issues. Due to more liberal undercurrents in the age of Blog and Twitter (as well as a more mercurial pull for financial funding), the circle have agreed to break their silence in unprecedented partnership with Ubiktune to release a collection of their myriad sacred artifacts to public consumption for the first time.