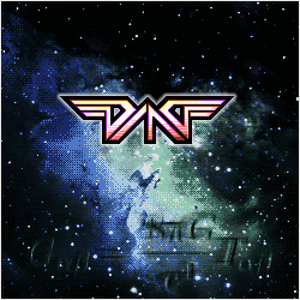 "Diad" will guide you through the spiritual graveyard, transcending both time and space. Set in the 1930s, Dimension-Reversing Dualities takes you on a journey within the life of a depressed suicidal housewife and the outcome of her untimely death.

Diad is a duo of Heosphoros and Tadpole.

Heosphoros aka François Martin is from Moncton, New-Brunswick, Canada. He is already known for his parts in Ubiktune compilation albums, such as “Up” and “Noisechan & Nugget: Adventures in Chiptunes”. Being a fan of various genres, he focuses on progressive and metal elements in his compositions. Heosphoros has been composing NES music for over 8 years for now and “Diad” is his third album effort, continuing the path of previously released original “Embered Recollections” and collection of covers on “Beneath The Skin”.

Tadpole is Joel Barker, from Bellevue, Washington, USA. He has been composing chipmusic over the last 10 years. Known for his trademark clear, relaxing and very detailed sound, Tadpole was able to branch out and unite it with shaking metal-inspired elements, provided by Heosphoros. This project is his first dedicated-album release to date.