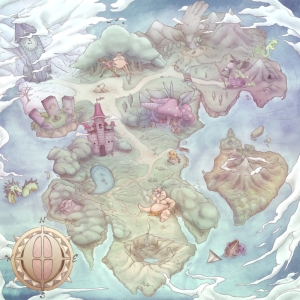 Sequenced, arranged, and mixed in OpenMPT

Ken Snyder aka coda is truly one of the Ubiktune legends, whose first appearance happened in Summertunes compilation album back in 2009. Since then, Ken produced a number of albums, including a team effort with Surasshu and their TREE OF KNOWLEDGE album, progressively synthesized tracer, a soundtrack to Alter Ego: DreamWalker, as well as appearances in various team projects.

In addition to his full-length releases, Ken is known for a prolific output of short songs posted to twitter and his blog, many written during one-hour songwriting competitions. His brand new album titled Minimap is a careful selection from over 100 song sketches written within the past year, extended, improved and remastered.