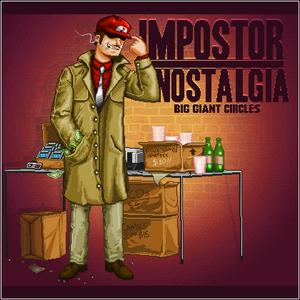 A disgrace to true chip artists everywhere, this album tries hard to disguise it's tracks in varying degrees of chiptune elements to varying degrees of success. The important thing is that the music is saturated in the flavors of not only many classic game soundtracks you know and love, but also the more modern edge of electronic music. And most importantly of all, it's fun :)